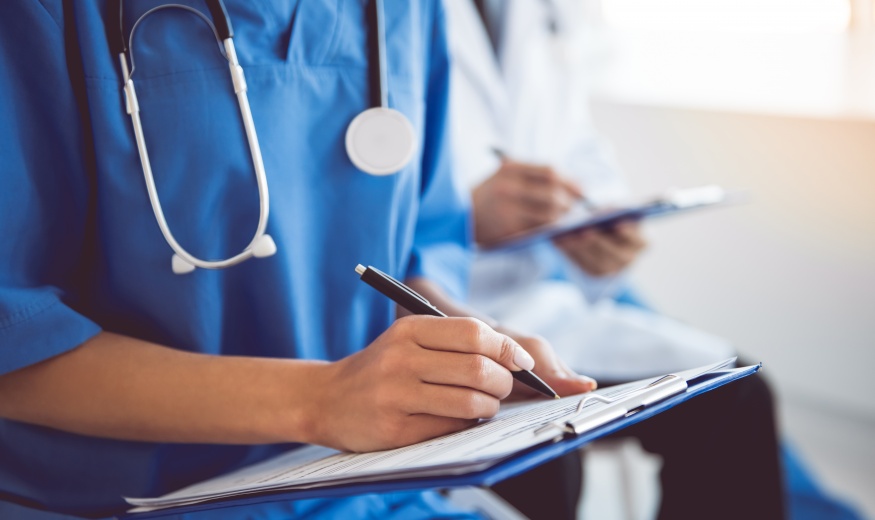 Its objective was to assess the effect of JODA ORGANIKA® on selected internal environment parameters in patients with hypercholesterolemia. They were based on the premise:

1. in the case of nutritional supplements, non-study based user statements are often used for promotion

3. It is the first study of JODA ORGANIKA.

The patients received the JODA ORGANIKA® nutritional supplement for 8 weeks at 10 ml per day (150 μg organically bound iodine). The blood parameters were investigated:

before starting treatment (in the following chart marked as V1)

3. The short-term 8-week use of JODA ORGANIKA* at the recommended daily dose of 10 ml did not impair the fat metabolism parameters in any of the patients with hypercholesterolaemia, nor did it cause hyperthyroidism or hypothyroidism nor the disorder of the metabolism of sugars. (Source: Hrušovský, Š., Černá, K. : The effect of organically bound iodine in pumpkin oil on the parameters of the internal environment in patients with hypercholesterolemia - pilot studies).

A person receives 15% of total cholesterol with food, the remaining 85% being directly in the body. However, it often happens that cholesterol is poorly processed, resulting in high blood levels of hypercholesterolaemia. When blood cholesterol exceeds a certain amount, there may be harmful and very serious changes in the body.

Cholesterol and triacylglycerols (TAG) are among the most important lipids in the human body. There are two types of cholesterol - one type is produced by a human body, the other is found in animal food (eg fats, meat, milk, eggs). Neither cholesterol nor TAG can circulate freely in the blood, they must be bound to the transporters, which are lipoproteins (fatty proteins). Lipoproteins are professionally called LDL and HDL.

HDL is the abbreviation for the English name "high density lipoprotein" (high density lipoprotein). HDL particles perform the opposite function as LDL. They transport excess cholesterol from tissues to the liver, where it is excreted into the bile and converted to bile acids needed to digest fat. Therefore, cholesterol transported by HDL particles is called good cholesterol. The higher the level, the better for our organism.

Cholesterol above 5.0 mmol / l (LDL + HDL cholesterol) is considered elevated. The level of cholesterol itself is not so critical, The fat profile is important, i. representation of individual cholesterol subtypes (ratio of LDL and HDL). TAG should not exceed 2.0 mmol / l.

What is normal cholesterol?

What are the health risks for elevated cholesterol?

With increased LDL cholesterol, it penetrates into the wall of the vessels and sediments. In the wall of the container, plates are formed into which calcium can be applied and the containers gradually become thinner. Arterial walls (expert atherosclerosis) arise. The narrowed blood circulation flows slower and the heart is forced to work with increased energy when feeding the body with nutrients and oxygen. There is a risk of high blood pressure. It also reduces blood supply to vital organs such as brain and heart, which can cause serious diseases such as ischemic heart disease. Some tissues are insufficiently inflated due to clogged vessels. Damage to the vascular wall may also occur, causing blood clots to form in the sieve that partially or completely prevents blood flow. It can cause a heart attack or stroke.

From a chemical point of view, triacylglycerols are fatty acid esters of glycerol. They are also referred to as neutral fats. Together with cholesterol, they are ingested. Part of the triacylglycerols converts the body into instant energy. However, with low energy expenditure, the body stores energy in the fat tissues. If necessary they are released from fat cells and serve as an energy source. If a person does not promote or emit sufficient energy, TAGs are not used and remain stored. Most are found in the fat layers beneath the skin and around the vital organs that are protected in this way. Elevated levels of triacylglycerols also increase the risk of cardiovascular disease (heart attack, stroke, etc.).

* Original product name, OLEJOVITA® was performed at the time of study