WHY I RECOMMEND JODA ORGANIKA 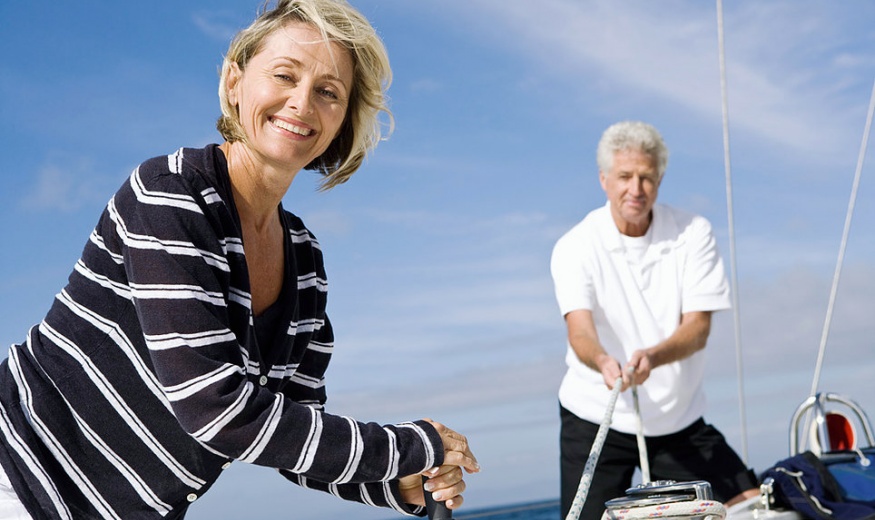 I had always thought that I would never suffer from the unpleasant consequences caused by problems with the thyroid gland. My immunity had served me well for practically my whole life. Sometimes, I overcame the flu or a cold, but severe diseases seemed remote to me, and I attached no importance to them.

That was a reason to my lack of interest in taking care of my own health better.

As a mom and even a grandma, I wanted to help my children and grandchildren as much as possible. But the work load did not make it possible for me before retirement. I was needed at work, and in particular thanks to many years of experience in the field in which I worked. But the life experience was also the reason why also my children needed me to give them a piece of advice about their children. Although I loved and enjoyed my work despite my higher age, in my heart, I was full of remorse that I could not spend enough time with my grandchildren. Therefore, I made a decision that before I retire, I would try harder than ever before so that I could enjoy my old age properly along with my family and grandchildren.

However, I had no idea that it would not be so easy to carry out this decision. Almost zero rest and extraordinary work load   had an impact on my health. All the consequences of my improper life style fully manifested themselves shortly before I retired. Fatigue, which seemed to be endless. Drowsiness, lack of hair, deteriorated skin and significant weight gain. First, it did not even occurred to me that the insufficient functioning of the thyroid gland could be behind these difficulties. Problems with concentration and memory made it harder for me to work and spend my free time I wanted to fully enjoy.

After the years, examinations and sick leaves started. I experienced personally how important it is to mind my own health and nutrition. My thyroid gland protested by its insufficient function. It seemed that there is no other way, but still I was afraid of surgery or use of hormones. So instead of working, I spent the period before retirement in bed. I felt more and more weak, and it seemed to me that I got older by several years unexpectedly. I whiled away the time by watching a TV and reading. Later, I started to use a computer and the internet which I had learned to use at work.

Of course, I could not resist, and I was trying to find a variety of information about diseases of the thyroid gland. At that point, I came across an article about a nutritional supplement called OLEJOVITA (today JODA ORGANIKA). However, I am not one of those who are easily lured by every advertisement and who would believe in everything. Despite my age, I'm careful in these matters, and I am sceptic towards adds. I read lots of articles about OLEJOVITA (now JODA ORGANIKA) from that day, and I gained various information about the product. I wasn't going to buy it, but because all the articles about the product concerned the problems with the thyroid gland, I always somehow came across it.

My cousin, who lives near me, was worried that I was spending a majority of days alone. She visited me, and I wanted to make my day nicer. We talked much about my disease, and she mentioned nutritional supplement OLEJOVITA (JODA ORGANIKA today). It surprised me that my cousin had also heard about it. She recalled that it had helped her colleague with similar problems as I suffer from. She regretted that it had not crossed her mind earlier.

This experience made me so impressed that I asked for a phone number of the mentioned colleague. I wanted to check her alleged experience so as not to rush into buying this supplement. The lady whose phone number my cousin gave told me about her health problems which she suffered from. She had very similar symptoms, and she spoke about OLEJOVITA (today JODA ORGANIKA) as about something she had not believed in until she tried it. Reportedly, she was using it for a long time and recommended it strongly. I said to myself that when it helped her, maybe it would help me too.

I am using a nutritional supplement with the organic form of iodine, which is called JODA ORGANIKA today, for the second year. It has become a great help for my thyroid gland and health. Thanks to my own experience, I have learned that recommending something that can help may be really important for a person. All it took was a piece of good advice, the recommendation which helped me. I recommend nutritional supplement JODA ORGANIKA not only to those who suffer from problems with the thyroid gland but also to everybody as appropriate prevention. Thank you!

WHY I RECOMMEND JODA ORGANIKA